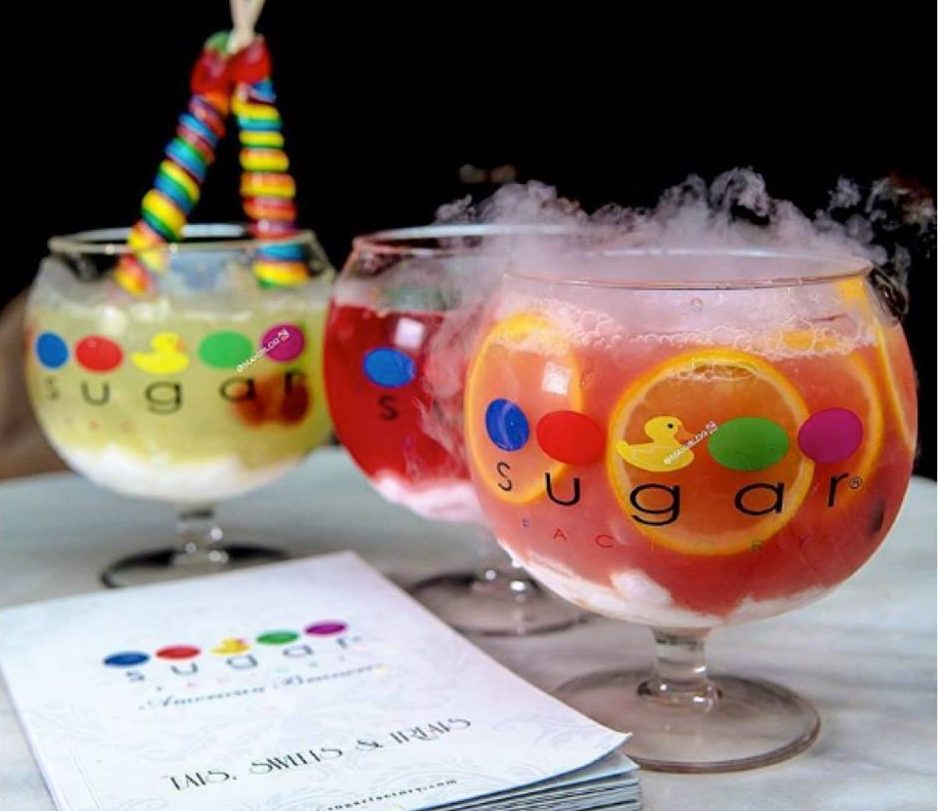 A floor-to-ceiling candy dot wall, milkshakes dripping with candy, glow in the dark drinks garnished with gummy candies and lollipops, a confectionary shop with more than 300 candies and sweets, outrageous donut concoctions and a chocolate lounge. No, this is not Willy Wonka’s Chocolate Factory, but it’s pretty darn close. It’s Bellevue’s new over-the-top dining attraction, Sugar Factory, located at The Shops at The Bravern. Seattle Magazine: This Washington Co-op is Getting Healthier and Boozier everyone’s favorite local, organic grocer is announcing today that it’s changing its name from PCC Natural Markets to PCC Community Markets, putting an emphasis on the community aspect of the community-owned co-op. The rebrand brings more than just a new logo and name—store amenities are changing, too, with an emphasis on making healthy meals speedier. Ready-to-cook meal kits will be available come November (in addition to the current grab-and-go deli and hot bar items), with recipes developed and tested by in-house chefs. Community-owned PCC Natural Markets, one of Seattle’s original grocers and the largest community-owned food market in the U.S., has revealed a new name, logo and brand campaign that puts its longtime community legacy front and center. Last Saturday PCC hosted the PCC Community Fair at all of its stores as a way to celebrate the community that is at the heart of its new name. It’s new name also comes with a new range of offerings which are sure to please.

The Press: Hearing aids do make a difference Did you know that approximately one in three Americans between the ages of 65 and 74 are living with hearing loss? Unfortunately, more than 70 perfect of older Americans who have hear loss could benefit from a hearing aid and don’t use one. Humana California’s medical director, Dr. Jeffrey McManus explains that hearing aids are costly and may not be covered by insurance, which is why many people are going without them. In his recent article, Brian Ancell, president of employee benefits at League, shares crucial tips with employers who are looking to improve the return on investment of their healthcare benefits. Ancell points out that many companies don’t truly understand the value of their benefits package, advances in the benefits market finally make it easy for employers of all sizes to receive more value from this investment. League is a health insurance company that offers “no restrictions” corporate health products and services for small business that enable companies to create customized, individual health plans for employees. He may not tell the story of Bend’s Next Level Burger as one guided by fate and colored by a right-place-at-the-right-time hue, but there’s no denying that Matt de Gruyter’s plant-based burger joint has benefited from some fortuity. In it’s early days, one of Twitter’s early engineers decided to invest in the company and sooner after De Gruyter was meeting with the president of Whole Foods 365 to discuss a partnership. Through their partnership Next Level Burger opened last month inside the Roosevelt Square Whole Foods in Seattle. “Our innovative research with human liver-chimeric mice has enabled us to perform genetic crosses with the malaria parasite,” Vaughan said in a press release. “This breakthrough will allow us, for the first time, to use systems genetics to gain an understanding of the evolution of drug resistance in this deadly parasite. This will help us combat and control drug resistance.” An engineering company celebrated four years ago for manufacturing the world’s largest tunnel-boring machine with many innovative features had fallen from grace. WSDOT blamed Hitachi Zosen Corporation for delays that added an estimated $149 million to the cost of the $3.2 billion Alaskan Way viaduct replacement project. Now, with the tunneling complete and its employees packing up to leave Seattle, Hitachi Zosen has belatedly decided it must tell its side of the story — a story that might have provided a path toward resolution and avoided what may be years of costly litigation. The July 10 launch of fast-ferry service from Bremerton to Seattle was viewed as a game-changer for the Puget Sound region’s housing market. Erin Fowler is the Seattle division president of Century Communities (formerly Benchmark Communities), one of four homebuilding companies that have bought 172 building lots at McCormick, a master-planned community in Port Orchard.

“One of the reasons we went to McCormick is because of the fast ferry,” Fowler said. “That’s been a big attraction for us.”

Catch up on the Sept 8th [FRESH PRESS] here.